LDN creates photography exhibition with Down The Lens 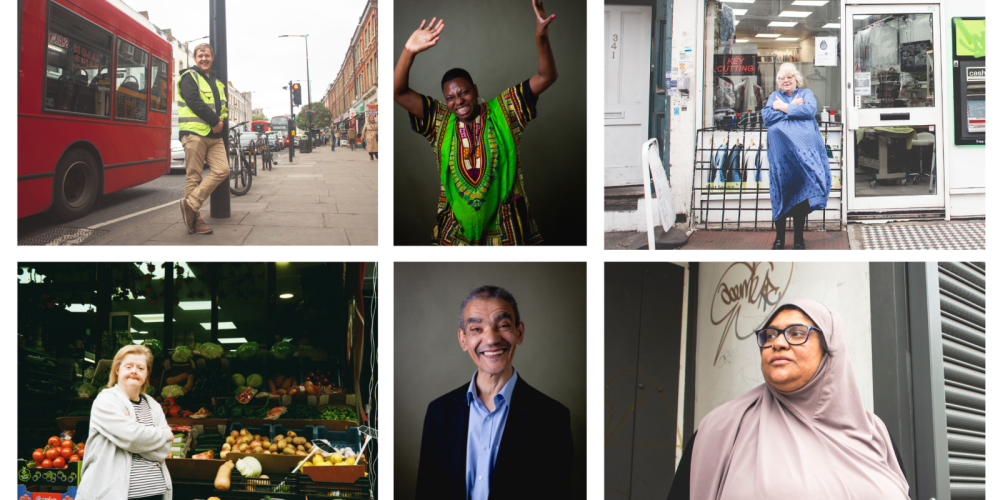 People we support have starred in a photography exhibition, as part of our 60th anniversary celebration.

18 people with learning disabilities featured in photographs for the exhibition.

The photos were taken at our Community Hub and at locations around Harrow Road in Northwest London. The project involved people we support at the Hub, as well as some people who live at houses where we provide support.

The exhibition shows the unique personalities and interests of people we support, from Valmie, who loves singing and dancing, to Matthew, who is passionate about making art.

Laurence Swan, community engagement manager at LDN London, said that that everyone had a brilliant time and had been really excited to have their pictures taken with all the professional equipment, lights and backdrop. He said, “People we support loved expressing themselves, and talking about their interests, and Emily and Sophie brought out a positive side in everyone.”

Laurence added, “It was so great to show the diversity and uniqueness of the people we support in the exhibition – we’re looking forward to showing them to the rest of the world!”

Emily Curtis, founder of the organisation Down The Lens, directed the shoot. Down The Lens runs creative projects for people with learning disabilities. Sophie Giddens, a freelance photographer, took and edited the photographs.

Thank you to Emily, Sophie and Laurence for their hard work on the project, as well as to everyone who took part.

We showed the exhibition at our 60th Anniversary dinner in October. You can watch a short video of it here below: