The inspiring women of LDN London 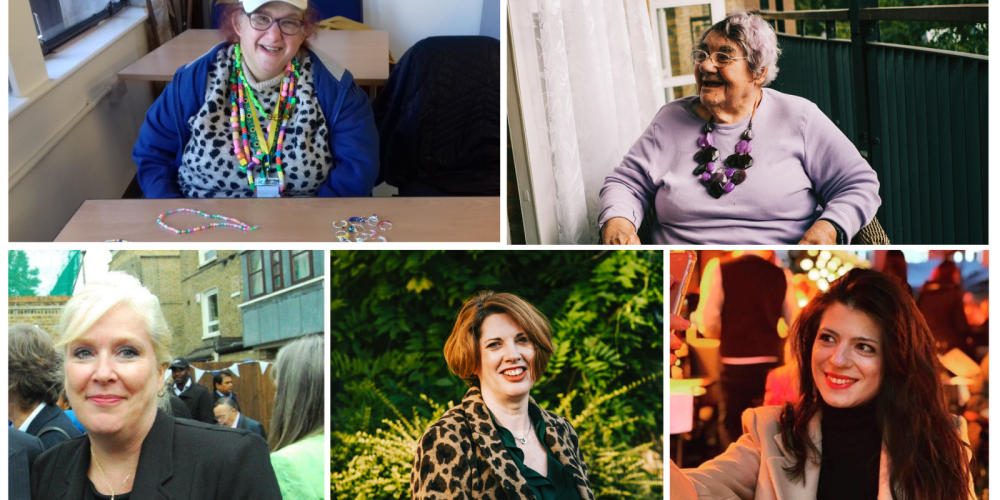 LDN London was founded by women 60 years ago and has been led by brilliant women since then.

On International Women’s Day, we celebrate some of the women who we support and members of staff, who have been breaking biases against women for years and continue to every day. 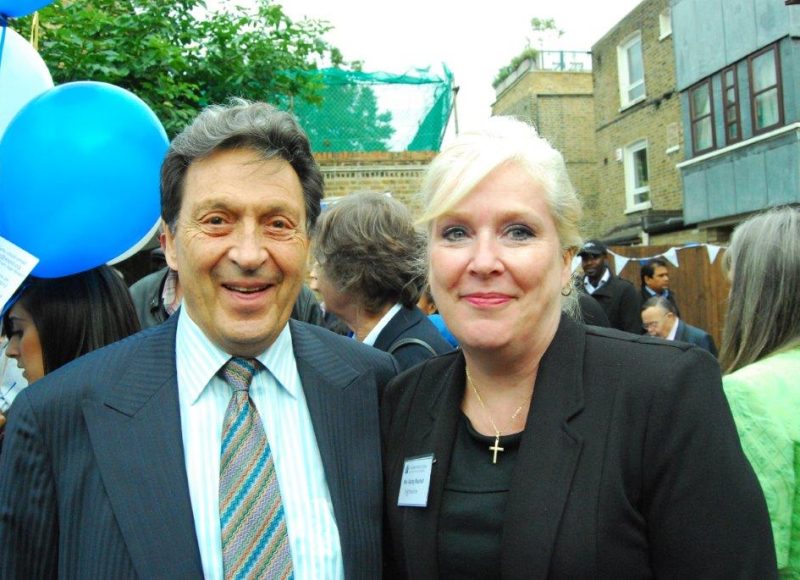 Gabby grew up in London and was brought up by two parents who were deaf, at a time when society was not as accepting of people with disabilities.

From the beginning, Gabby’s ability to lead was clear, from being chosen as head girl of her school, to being captain of the school netball team.

Gabby began her career as a nurse and then retrained as a support worker. She joined at an important moment for the organisation, supporting people moving from hospitals into the community in the late 1980s.

Gabby soon became someone the team relied on to fix problems and to be a ‘trouble-shooter’, supporting people who needed it the most. She quickly climbed to senior positions, including being the first head of residential services.

While men outnumber women in senior leadership positions in the UK, Gabby and assistant CEO Mandy Crowford go against the grain.

Gabby says she took some persuasion to become CEO. She agreed to shadow the previous head of the organisation for 6 months and found it hugely interesting and rewarding. She applied for the role and got it.

Since then, she has steered the organisation as it has expanded to new areas of London and led from the front during the coronavirus pandemic. Her clear mindedness and imaginative approach helped keep people safe and the teams afloat.

A colleague described Gabby as “truly inspirational”. They added that she leads by example with a strategic vision, but also an eye for detail, noticing great examples of support work when she visits services.

“She has empathy, excellent listening skills and is able to see many sides of an issue before making a decision,” they added. “She shows if you want to achieve something, you can.”

Another colleague agreed that Gabby is always championing difference and giving people chances – “she spots people’s potential and encourages their development”. They added that “she is down to earth and her door is always open.” 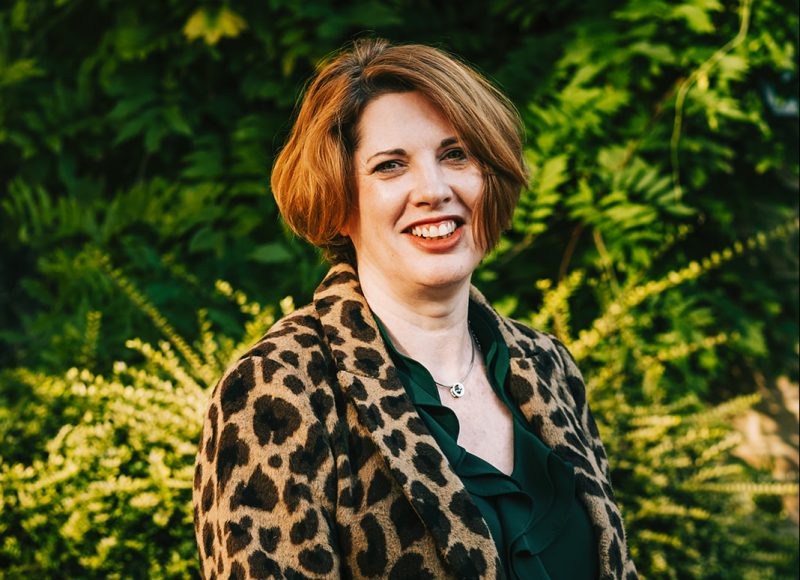 Mandy’s dedication to her role and the organisation is inspirational. From working as a support worker, she has become the second in charge of the charity.

As a colleague says, Mandy takes every challenge in her stride and tackles it with “energy, enthusiasm and resourcefulness”.

This was clear to everyone during the pandemic, as she found personal protective equipment and organised the donations we’d received.

At the start of the first lockdown LDN London was given frozen meals from a club that had shut. In the blink of an eye, Mandy found some large freezers and installed them in one of our buildings to store the food.  It was “a stroke of genius” at a chaotic time, a colleague said.

Mandy motivates the people around her and that positivity is infectious.

She also leads by example, never asking you to do something she wouldn’t, says a colleague. “If there’s a job to be done, you’ll usually find Mandy’s sleeves rolled up and she’ll be mucking in.” 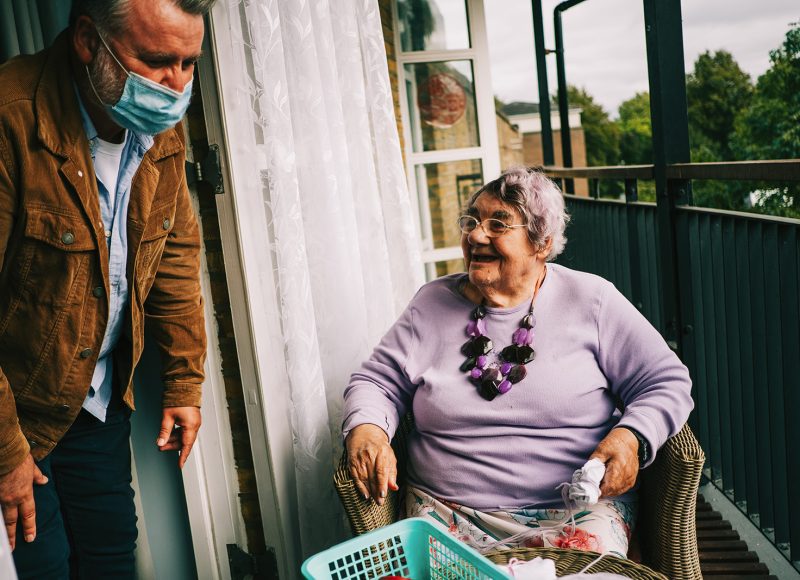 Beatrice inspires Hannah and all the other staff in the team at their service in Camden. Team manager Hannah Overton explains.

“She’s 94 this May and is still living life to the fullest.

The world has changed so much in Beatrice’s lifetime, and she’s adapted to it all and remained the most vivacious and caring soul I’ve ever met.

We have a lot of little phrases in this house, but the most common one is, ‘If I’m like you when I’m in my 90s Bea, I’ll be a happy woman!’

She breaks the stereotype that once women get older, they have to be little old ladies with grey hair who behave themselves.” 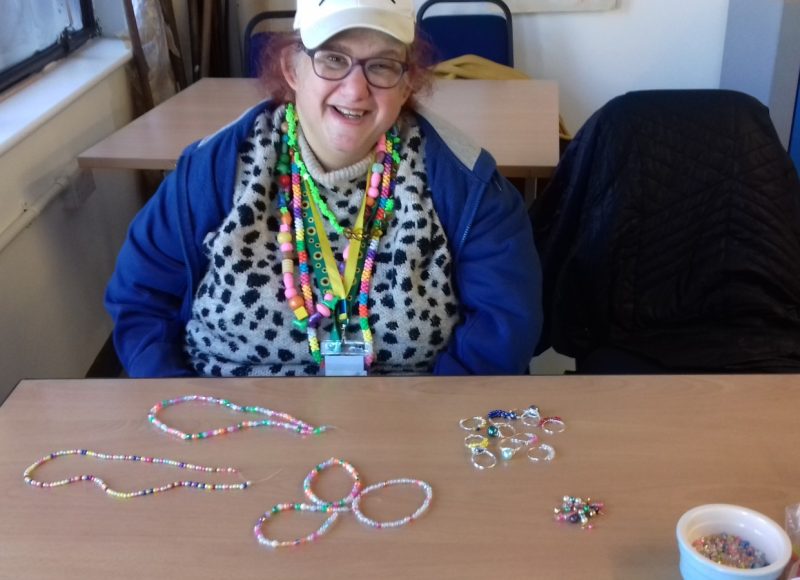 One of our support team, Hibo Gureye nominated Androulla, who she supports at one of our services.

During Androulla’s time being supported she has become more independent. She has high standards and pushes herself to do tasks perfectly.

She constantly says to support staff, “let me do it ” and she will then do something “smoothly and beautifully”, Hibo says.

Androulla is creative and artistic, with a passion for pottery and making jewellery. So, the team found her a place at a college where she now learns how to create these.

The team has also encouraged her to show others what she has learned from her classes. On International Women’s Day, Androulla will be running a workshop teaching jewellery-making.

“Androulla is a woman who believes in achieving her goals independently”, Hibo says. “She inspires me… she knows her strength and feels that nothing can stop her from doing what she loves.” 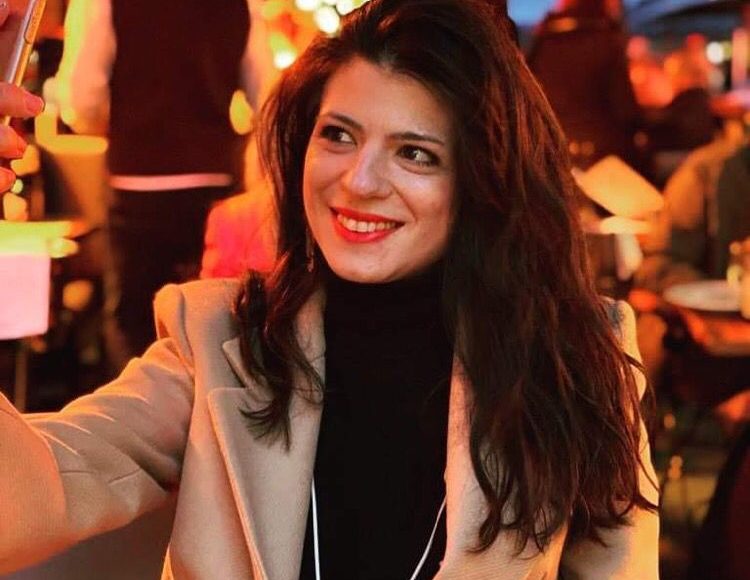 To begin her career at LDN London, Alexandra broke the bias of the country she was brought up in.

Alexandra grew up in Greece. At the age of 32, she decided to move to London to carve out a new life, different from the traditional values and expectations her family had for her.

Her friends and family thought she was crazy for quitting a stable job because she didn’t like it; and leaving a relationship ‘just’ because she was not happy. They were shocked and thought it was a mistake that she was looking for a dream job, rather than having children. “This is what everyone said, this is what I believed too.”

She moved to the UK and began studying for a BA in Psychology, while working part time. She didn’t know anyone when she first came to the UK. For a while she struggled to make ends meets.

It wasn’t easy at first, Alexandra says. “But I never thought of giving up and going back to the safety of being accepted for living an unhappy life – a life that was not mine but was thought as the right one for a woman.”

The hardest thing was that her family and friends doubted her decision, she says. “I had almost no one to stand by me, to support my choices.” Her family cared about her and worried she wasn’t doing what they thought was right.

However, this was the biggest barrier for her in following her own path. “As women we are not only given fewer chances to thrive in life and make our dreams come true, but there is also emotional sabotage from our own family and friends.”

She added: “Why do women have to prove we can make it, that we have the right to choose what life we want to live, and that we deserve to be loved and supported unconditionally for any life choices we make?”

Alexandra went on to complete a master’s degree in Psychology and soon after got a job working at Learning Disability Network London as a family support worker, where she could use her degree.

As education, health and care coordinator for the family services team, she now provides crucial support for children with learning disabilities and their families.

Alexandra says her biggest achievement is that she followed her dreams, despite having to cope with the emotional and mental challenges of the views of the society where she was brought up and the stereotypical expectations of women.

Alexandra says, “Women can do as much as men and the only – but the hardest – barrier we have to overcome to make our dreams come true is to close our ears to all those people who tell us we can’t or we shouldn’t!”