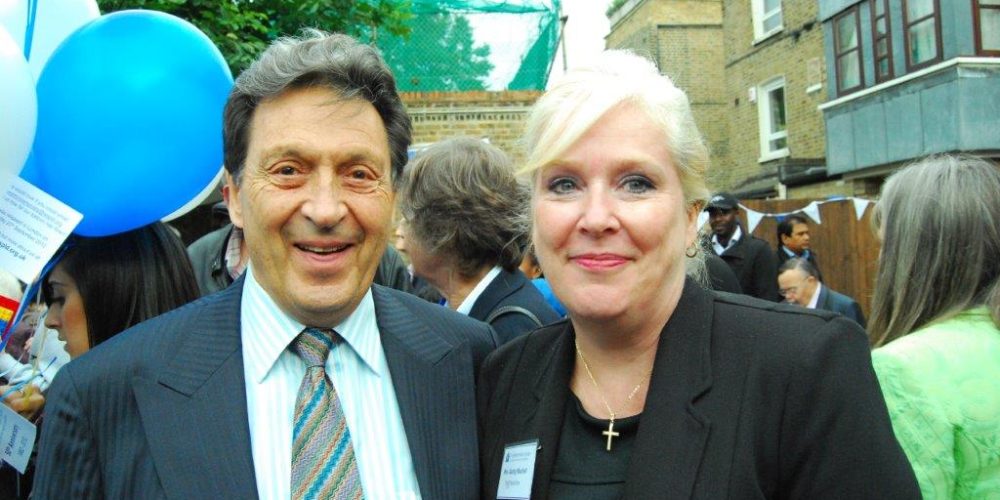 Ciaran Willis speaks to Gabby about the charity’s 60 anniversary, her first role as a support worker and why staff should get vaccinated

Gabby Machell began her career at LDN as a care officer, providing support every day to people with learning disabilities.

Now the CEO of the organisation – during 33 years at LDN she has held just about every job there is.

She has been here for over half of the organisation’s life, although she might not like that being written down.

Learning Disability Network, founded in 1962, this year celebrates its 60 birthday.

Gabby says that the charity has been an important part of the community during that time and still is. “I know when I leave here, when I’m walking to the shops, I’ll meet people that I know, I’ll meet learning disabled people, I’ll meet their families”.

LDN London was founded by families and, 60 years on, that family feel is still there, Gabby says. “Of course, lots of families are dysfunctional and I’m not saying we don’t have that aspect of family life, but there is a feeling that we are in this together.”

Gabby started her career as a nurse, before deciding to work for a charity. She began at LDN London (then called Westminster Mencap) as a care officer in the late 1980s, before moving up to become a manager and finally being persuaded to become the CEO 13 years ago.

She joined at a time of huge change. The Government had just ordered the closing down of asylums and long-stay institutions. Gabby’s role was to support people with learning disabilities to move from hospitals and institutions, where they had often been for many years, to be in the community.

She learned important lessons. She remembers helping one woman, who was around 70 years old, to use an escalator, but the woman being scared. For a 70-year-old, who’d been in hospital all her life, that was “beyond anything she could have imagined”.

Having been a nurse she quickly realised that the role was quite different and, importantly, that she needed to help people to adapt to the world around them.

Many people struggled with life outside of institutions. If you had spent 60 years of your life living on a ward and suddenly you’ve got your own bedroom, that’s a challenge for anyone, Gabby says.

For example, some people would still wear hospital clothing, such as nightdresses with splits up the back and their name. Some would sleep all night with their light on. Many people did not understand how traffic worked or would become scared when using the London underground.

One man had been in a hospital from around the age of 40 to 65. After a month of living in the community, Gabby had to ask him if he was happy or wanted to go back to hospital. “You can burn my bed in that hospital”, Gabby remembers him saying.

This period in the late 1980s saw the organisation expand hugely. We opened ten homes for people in the community in the space of just five years. 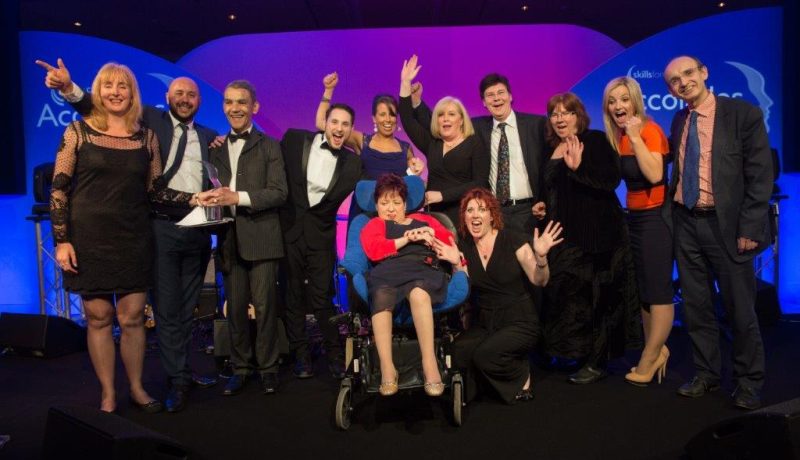 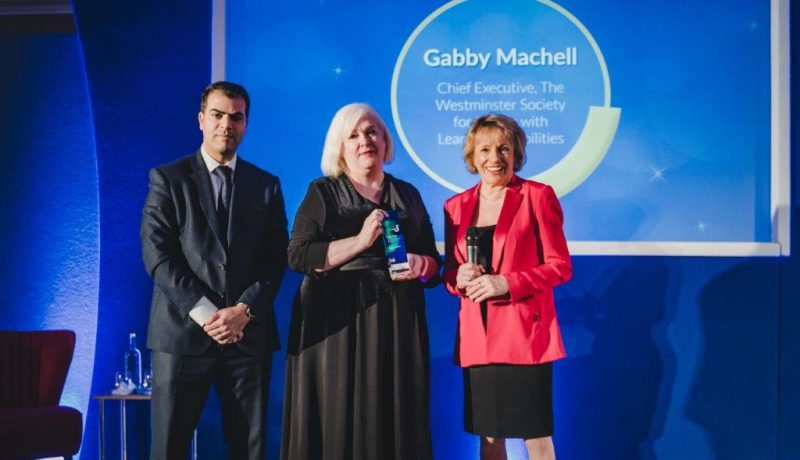 Gabby learned a lot as a support worker. She was in her early twenties, and she realised that people with learning disabilities could contribute to society. While it is obvious now, she says, it is something she didn’t appreciate until then.

She has seen a lot of change over the last 30 years. “People with learning disabilities have jobs, they have relationships, they have their own homes, they have tenancies, all of those are the things that we aspired to 30 years ago and they are a reality now.”

But there is also a long way to go, she adds. She says that there are still high levels of exploitation of people with learning disabilities, especially when they move into the community. There are also limited opportunities for employment.

The BBC recently revealed that at least 100 people had been living in hospitals or institutions for the past 20 years.

It is an “absolute scandal” Gabby says that many people with learning disabilities are still stuck in institutions, or in assessment and treatment units, despite the fact that these are clearly the wrong places for them.“I don’t think that there is enough planning and provision for people with challenging needs to live in the community. And it could happen.” It needs to be exposed” she adds.

Gabby says that LDN has supported many people with challenging needs. “I’m not saying it’s been easy, it’s absolutely not, but it’s been essential. The only way we’ve achieved it is by working in partnership, all of us together.”

This means more working together between authorities, planners and health services to come up with the right models of support, she suggests.

Another of the main areas Gabby wants to focus on is giving people with learning disabilities more control over their lives. She says that people should have choice over their support. “That’s a reality for many people, it’s an aspiration for lots more.”

For instance, if people would like to live with a friend or a relative, or to stay in a certain kind of housing, then they should be able to do that. “That’s what people with learning disabilities are saying that they want”, she says.

Gabby admits that this is a problem, and that more needs to be done. The more people who are included in the community or have jobs, so people see them every day, the more people are going to understand what learning disabilities are, she says. 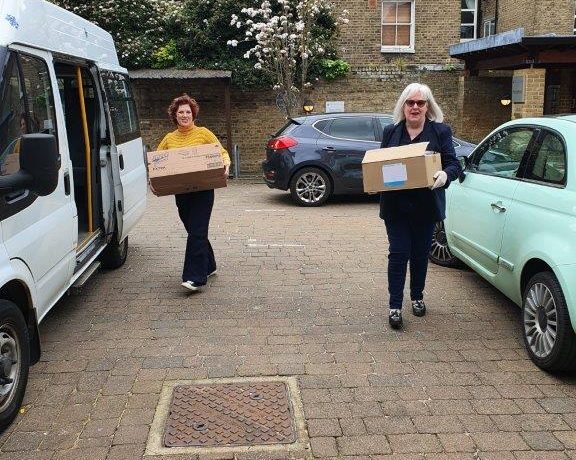 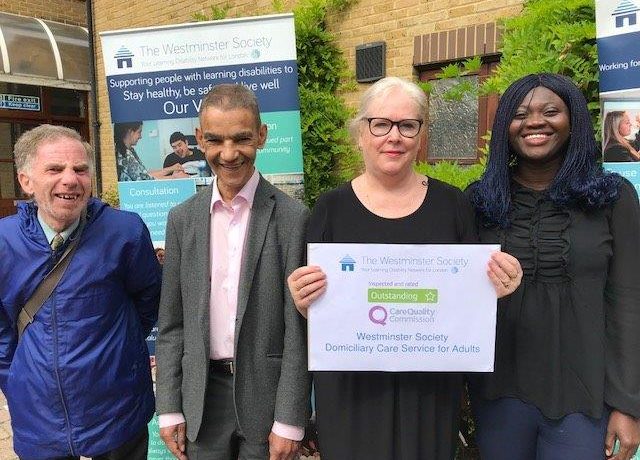 While there is much that needs to be done, a great deal of Gabby’s time over the past two years has been spent responding to crisis after crisis. The challenge of the coronavirus pandemic and keeping people safe has taken most of her energy.

She remembers those first few weeks when a mysterious illness was spreading quickly across the world. At the beginning, the team at LDN London had one question that they asked each other in meetings: “how are we going to keep people alive?”

During that time the management team would work from 5am to midnight every day. For ten weeks Gabby and another senior manager worked every weekend. “It was exhausting and terrifying… but we were part of a team, and we were all in it to keep as many people alive as we could”.

The result was that fortunately few people have passed away from covid-19 at LDN London.

It has been difficult though. “When we get a chance to reflect many of us are in tears”, Gabby says.

Much of the pandemic has been spent finding personal protective equipment (PPE) and managing complicated Government guidance, and Gabby says that it has shown that “the Government and local authorities don’t really understand the way learning disabled people live”. The authorities assume that everybody lives in a care home, and they don’t.

The government “continue to struggle” to give support and provide for people who live in their own homes, she says.

Gabby spent a lot of time in 2021 writing to Government ministers and telling them about how people with learning disabilities live and about supported living. This is still one of the biggest areas of work that she needs to continue with. 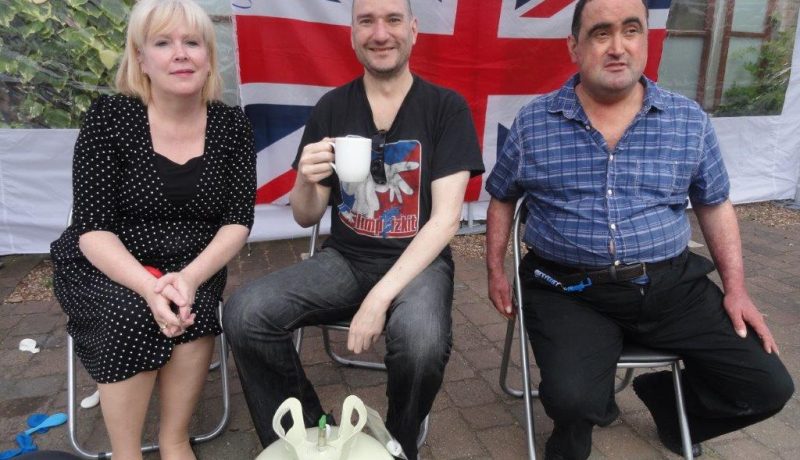 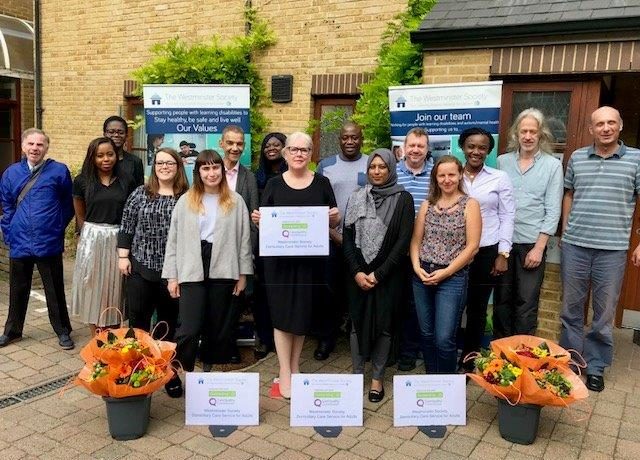 The coronavirus pandemic shone a light on the work of care staff, but the profession is still undervalued and underpaid. There is also a huge shortage of care workers.

Part of the reason why care workers are undervalued, Gabby says, is because people don’t really understand the role. “I think they might understand what it is to be a carer in a hospital or that kind of work. I don’t think they understand the challenges of being a support worker.”

Staff are also often invisible because they work outside of the public eye, “going into people’s homes and keeping those people alive”.

LDN London is also competing with companies including Deliveroo, Asda and Tesco, who have the funds to pay staff more money for jobs which are, arguably, less challenging.

From April this year staff working in the social care sector will have to have at least two vaccinations against covid-19 or have a medical reason for not having them. This is set to make the crisis worse.

Gabby says this is the right decision to keep people safe though. The primary source of infection (from covid-19) is staff, she says. “So, if we are here to keep people alive… then we’ve got to do everything that we can. And vaccination of staff is part of the mosaic of keeping people safe.”

While it is a tragedy to lose staff members, she says the organisation must go along with this decision and move forward. However “there has never been a time in our history when we’ve needed you more”, she says to staff.

Over her career Gabby has been inspired by many people, she says, including the past two CEOs of the organisation. She is also inspired by those she works with, especially the leadership team and managers.

She has also learned a lot from people with learning disabilities, particularly about understanding people’s right to make their own choices.

She remembers a man who was labelled as having Asperger’s Syndrome about 30 years ago. He’s now living in his flat, has a job and is quite independent. It shows “how we label people, how we assume they can’t do things, when actually they can”.