Danny goes on a ‘champing’ holiday 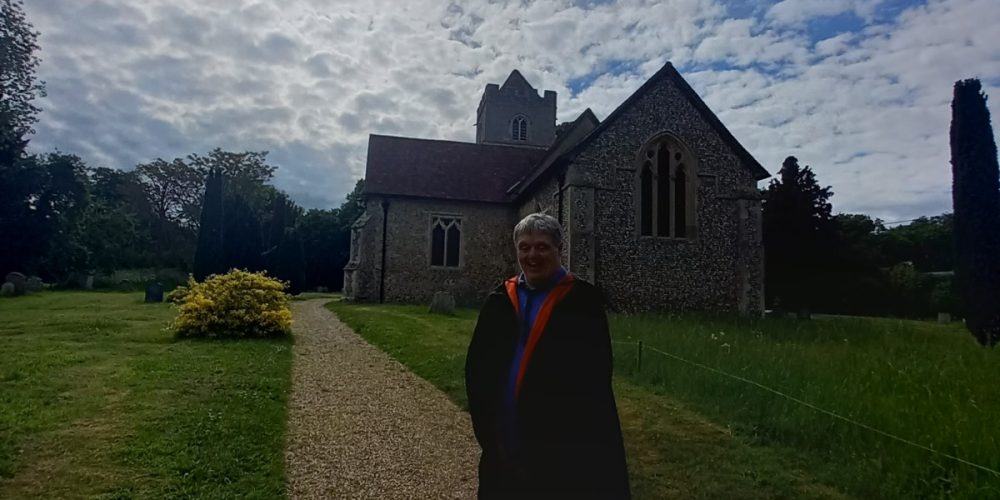 It might sound unusual but champing, or camping in a church, was the perfect holiday for Danny.

Danny has been a fan of Count Dracula ever since hearing Mark Gatiss’s version on the radio.

So, Danny and the support team came up with the idea of staying in a church, to follow his love for gothic horror.

Along with his support worker Ben, Danny travelled to the wilds of Berden, Essex (rather than Transylvania). Danny even got to wear his cloak like the Count.

Danny told us about his night. “It was spellbinding, how big it was. It could be a movie set.”

He says, “In the church, Ben got scared but I didn’t. I saw a vampire bat flying through, it didn’t scare me. It reminds me of all the Count Dracula films, they come from churches”. 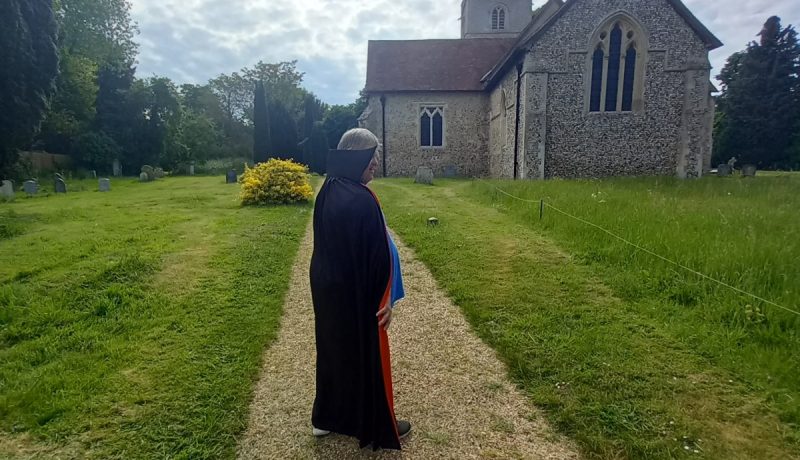 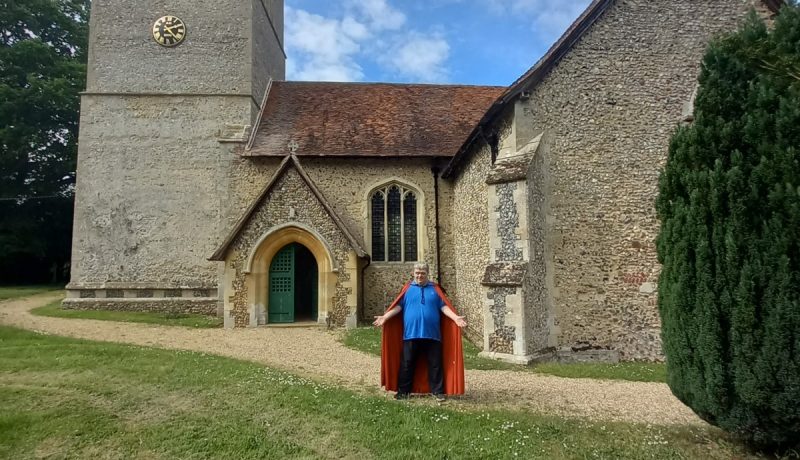 He loves the character: “I like his cloak. When he walks he brings all the wind in with him. He’s got a bit of a presence about him. He’s evil. But he’s not that evil, that’s why I love him. I could keep him talking until the sun comes up.”

If Danny had the chance to meet him, he says, he would ask the Count ‘”Where’s you coffin?”

Danny would like to be Count Dracula, he says, at least for a day. “I’d stand on the famous stairs, wait for the cymbals to crash, and then float down with my cloak. ‘I am Count Dracula, welcome to my castle’.”

Danny said he had a great time on his trip. As well as the night champing, he had a big breakfast and roast dinner, with sticky toffee pudding.

Now he has been Count Dracula for a night, Danny is planning his next trip away, to Disney World Florida. He wants to meet Pluto the dog, Mickey Mouse, and Donald Duck.