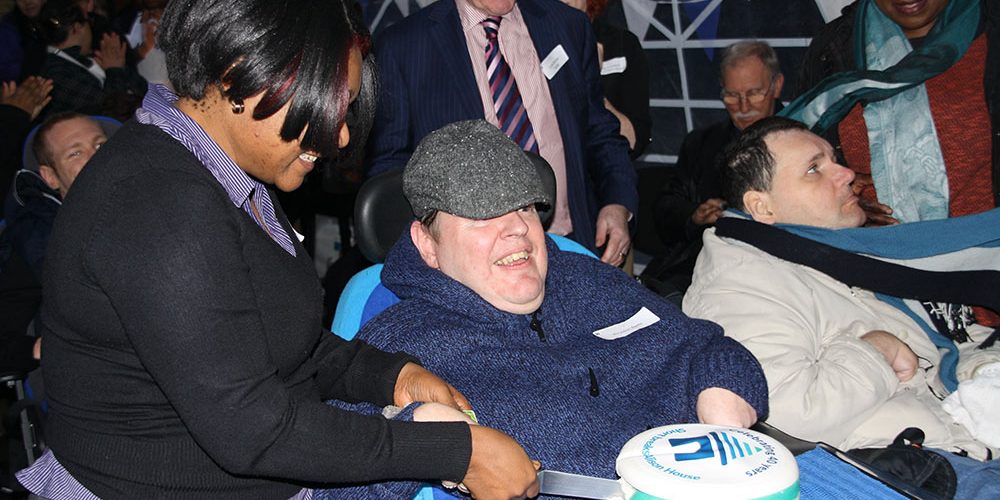 Parents and family members of people with a learning disability, who have short breaks in a specially equipped residence in Queens Park, celebrated the service’s 40th anniversary with 60 guests, staff past and present and supporters on Monday (23 Jan).

Welcoming Councillors Patricia McAlister and Guthrie McKie, commissioners and the many other guests, Gabby Machell, CEO of the Westminster Society for people with learning disabilities, was proud that the service was still proving to be as vital as ever in providing breaks from full-time caring for parents and family carers. 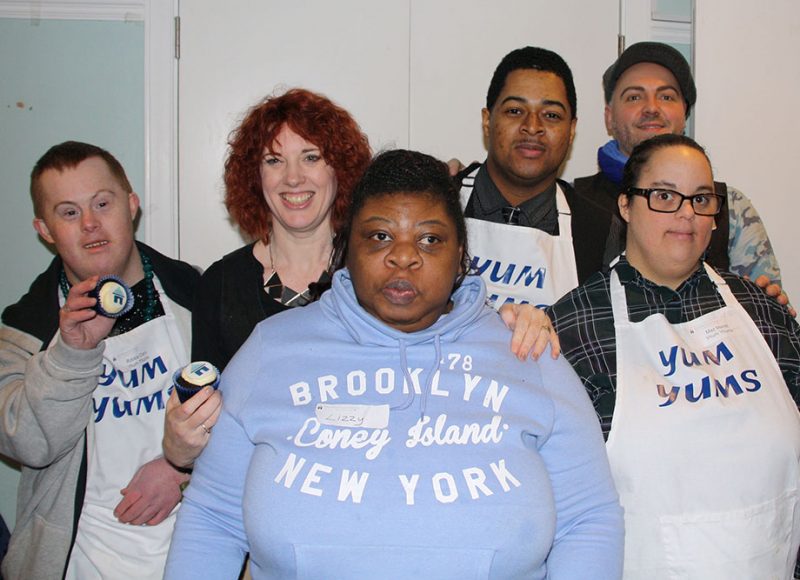 She introduced Jane Reynolds JP, the home’s first ‘matron’, who had set up the first Alison House in Abercorn Place, which opened on 4th January 1977. Jane is still associated with the Westminster Society as a member of the Fundraising committee.

Jane, who had subsequently become the charity’s first Director, was delighted to see that guests included some staff and Alison House guests she had known from the past. ‘It has been a privilege to have been associated with the home since its inception.’ 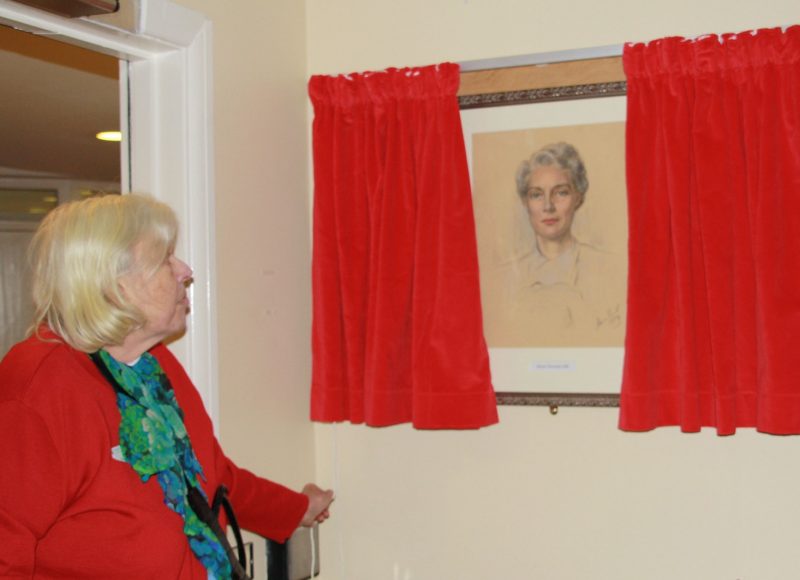 Jill Carter, whose daughter stays at Alison House, said that it has been her life-line for the past 33 years, and enabled her and her husband to socialise and even go on holiday.

Trustee Lynne Brooke, whose daughter now 46 stayed there, recalled the early days of developing the then pioneering idea of providing respite to give parents and family carers a break from caring or in times of crisis.  ‘Alison Tennant, who was chairman of the Westminster Society at the time, was a firebrand and a revolutionary’, he said.  ‘She worked in partnership with the local authority and the idea eventually came to fruition.  After a short break under different management, Alison House came back to the Westminster Society, where it belongs.’  He quoted one guest who said Alison House is ‘a hotel service full of love.’

He continued ‘The charity has the knack of having the right people at the right time – Jane is one such, and from the Trustee field we have had innovators like Alison Tennant:  people to give it shape’. 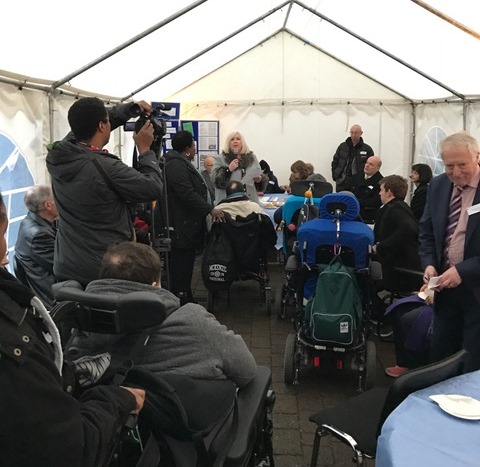 The final speaker was Royston, who is a current guest at Alison House ‘It’s the place that makes me most happy. I’ve been coming for quite a number of years.  Long may it continue’.  Royston then cut the special birthday cake, assisted by Alison House manager Marguerite Bamgueup.

The speeches were followed by the unveiling of a portrait of Alison Tennant in the hall of Alison House.  Past Chairman Virginia Villiers MBE unveiled the portrait.

The colourful array of delicious food for the tea party was prepared by the Yhum Yhums, members of the charity’s food preparation course, Come Dine with Me, which is now established as a social enterprise. 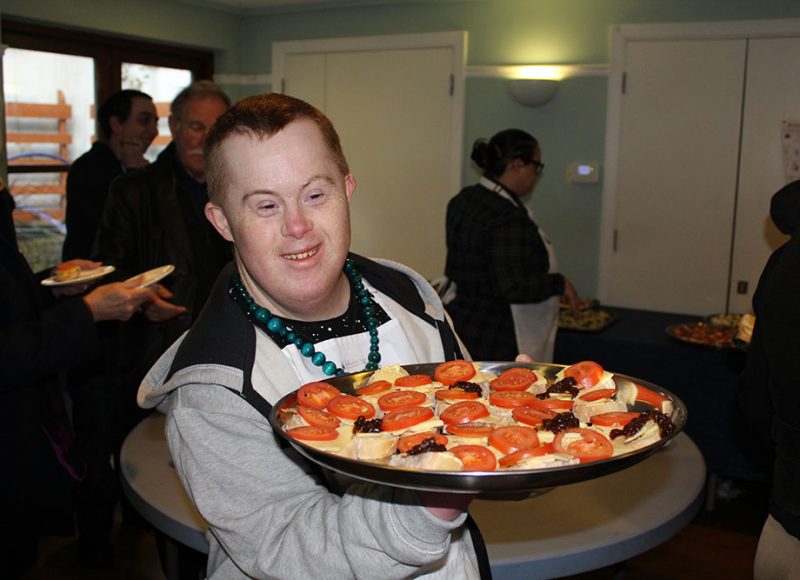